Brawlers, or beat 'em ups are a genre best suited for the arcade scene or couch co-op with friends. Some of the best brawlers in said genre hailed from the 90's era of gaming, and brought with them familiar characters from the comic book, fighting game, or roleplaying scene. Some even featured their own lore, and mythology. In that regard "Mayhem Brawler" fits perfectly into the current resurfacing of these brawlers, but progressively so.

Featuring a comic book inspired look, and a trio of super-powered meta-humans we find a world that takes inspiration from our own. Almost to the point of parody. With characters, and baddies that are a hot take on social ideals, and identities. Things like body positivity, female empowerment, and diversity. At the helm we have a dude named Trouble who has some nasty claws. We also have a meta-human named Dolphin which looks like a mutant dolphin hybrid. A brute of a beast. Lastly there's Star who is a blonde haired femme fatale that has telekinetic powers. The trio act as the heroes against an evil empire that is running experiments on meta-humankind. When it  comes to setting their world looks like a 90's alternate reality with a sort of Miami Vice aesthetic, and in it the trio of heroes beats their way through mobs, and bosses while posting their antics to social media.

With "Mayhem Brawlers" you get two modes of play that are somewhat similar by design. Each of which can be played solo or with up to three players. You'll find a campaign with plot points via comic book panels, and social media posts as well as decently done character voice acting. All presented as chapter divisive features sandwiched between brawler outings. You'll face mobs with the usual punch, and kick combos. Attacks that bring about symbol inclusive status effects ranging from a guard break to dizzy, and even health regen. Utilizing special character specific super moves, jump attacks and throws which effect different enemy types differently. That and the usual limited weapon use, and health item refills. It's nothing games like Streets of Rage haven't already provided through gameplay mechanics. The only real difference being the lore, the characters, and the look of the game. One thing the developer does change up though is path choices which are made by selecting alternate comic book covers. This allows for encounters with different mobs, and end stage bosses. Adding variety, and replay value to the mix.

Beyond the campaign playthrough players also gain access to an arcade mode without story elements. A mode that does away with the all the story add-ins except for the branching paths. A straight up stage by stage playthrough with mobs, and boss battles intact. The same mechanics apply here as does the solo or co-op options. Speaking of solo, and co-op I found out in my playthrough that Mayhem Brawler isn't made to play solo. Despite the addition of a block button which the developer tags in a subtitle as the reason a player might be struggling the real reason for struggle is due to the nature of the mobs. A lone player cannot deal with mobs coming in from both sides without taking damage from one or more of the approaching, or ranged enemies. Even with the added invincibility of some specials, and throws it's almost impossible to avoid damage. It's unfair, and only serves to show that this game was designed, from the ground up, to be a co-op experience. Also worth noting are the uniquely named selection of difficulty settings that will either ramp up, or lessen the challenge at hand. Things like "Officer" for brawler experienced players.

Since I struggled so much with my solo playthrough my impressions of the game will be somewhat negative in regards to the game's worth. That being said I do see potential in the co-op. As I mentioned earlier the game seems to be geared strictly towards co-op play, and I'm fairly certain the game would be much more impressive and fun played that way. When it comes to the progressive themes I was put off a little bit. There was an element of cringe to the social media antics, and the obvious play on identity politics. While that might not be my cup of tea someone else might be fine with it. It's up to personal preference. As far as a verdict goes solo is a no go, but if you have the friends you might actually get some value out of this release. It is coming out on the PS4 and PS5 for those of you interested.

A wise man leaves wise words in his wake, but a foolish man leaves foolish words. Please be wise with what you say in the comments below, and bless this blog with comments worth keeping. If you should choose the foolish path though know that it will only serve to let the world know how foolish you really are. 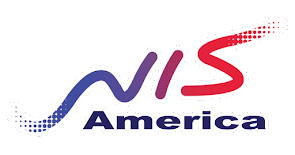